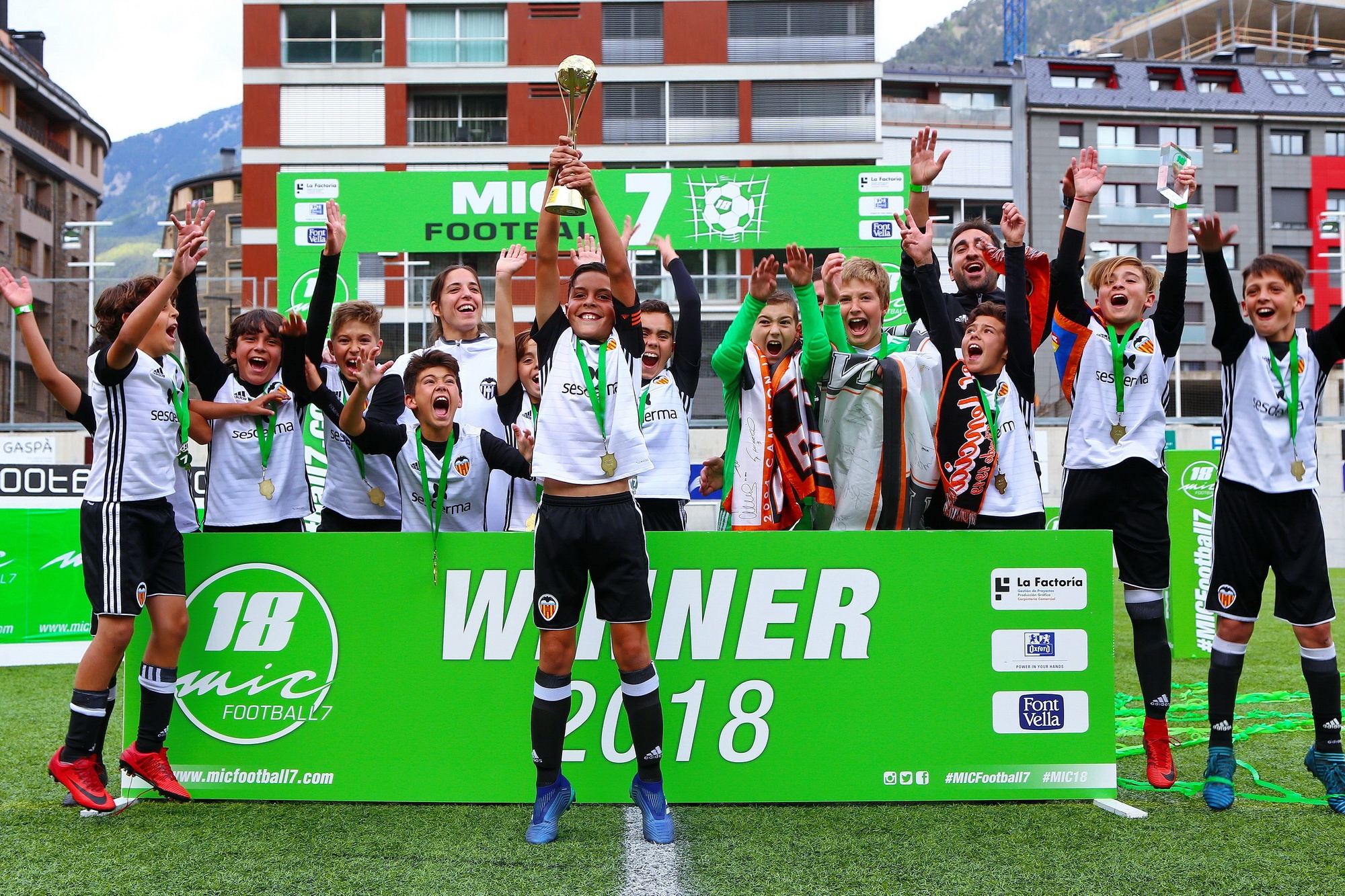 Andorra is going to host this weekend the 17th edition of the MICFootball7 that will have almost 80 teams with more than 800 players from U11 to U8 from 4 different countries: Portugal and South Korea, that have teams for the first team, Spain and Andorra. Among the Top clubs playing in the tournament we can see FC Barcelona, RCD Espanyol, Valencia CF, Villarreal CF, Girona FC and FC Porto. Last year, the 4 categories went to Valencia CF, RCD Espanyol and FC Barcelona. The blaugrana have the most wins in the tournament’s history.

Almost 200 games will be played at Encamp, Ordino, Prat del Roure and Andorran Football Federation’s Borda Mateu fields. The tournament has 4 categories: U11 (2008), U10 (2009), U9 (2010) and U8 (2011). Teams arrive to Andorra this Friday, through Saturday they will play the Classification Phase and on Sunday it will be turn for the Final and Consolation Phases. All the groups and schedules are available at the website www.micfootball7.com

MICFootball7 is an international youth football tournament where the little ones begin to feel like authentic professionals. The tournament’s philosophy aims to bring together the best football academies with teams from all around the world, in the same way that happens at MICFootball, the big brother, which is played on Eastern at Costa Brava.